Ambrose Call grew up in Bountiful Utah, during the early 1890’s. At the age of 82, I sat on his floor for two plus hours fascinated and enthralled as I listened to him tell his life history.

He told of a time when he and some friends stole apples from an elderly man’s orchard. A few days later Ambrose was sitting with his family in church and this man stood and talked to the congregation. He reminded everyone that he made his living from his small orchard and he explained that the boys were stealing his apples.

That afternoon while eating their meal, Ambrose’ father asked him, “Were you involved with the boys who stole that man’s apples?” Ambrose admitted that he was. This admission led to a father and son discussion about what he could do to correct the problem. They agreed upon a solution to repay the man. That very afternoon, Ambrose would walk to this man’s house, admit he was one of the boys who stole the apples, apologize, and ask what he could do to pay for them.

As he walked to this man’s home Ambrose was nervous His imagination ran wild with all sorts of potential punishments this man might exact. However, the solution they worked out was not at all painful. Ambrose would return on Saturday and help pick the apples and put them in the fruit cellar.

On Saturday Ambrose worked all day in this man’s orchard. At the end of the day he had picked twenty bushels of apples and more importantly he developed a friendship that lasted until this good man passed.

That day, Ambrose experienced the warm feeling of forgiveness from this man whom he had wronged. He also learned the value of honesty and the clear conscience one receives when paying for something he stole.

This example can be used to help our children understand the power of forgiveness and the sweet feeling of being honest. 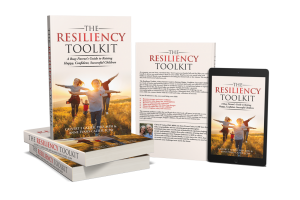